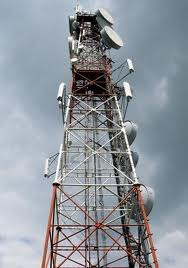 After being overruled by co-hare, Only a Yolk about this week's SH3 runsite, Kii Leum has now stamped his authority on the run and is reported to have been completely responsible for deciding that he will carry the paper-bag tomorrow when it is laid. He has also firmly decided that he will force Only a Yolk to tell him where to go, and will have none of this "it's up to you" faffing about. Happily, of course the run has been comprehensively recce'd and Kii Leu left nothing to chance by insisting that OaY had complete control of the GPS during the recce and gave clear and unequivocal directions based on the pre-loaded track, which he followed decisively.

Details of the resulting run are:
Songkhla Hash House Harriers run #1635. Saturday October 6, 2012: 4:30 p.m.
Hares: Kii Leum and Only a Yolk
Misdirections: from the Ko Yo intersection take the new Hatyai road for 8k and turn left into the run site adjacent to the erection formerly known as the DTAC Tower but latterly referred to as Gordon's Folly.

Sunday's HH3 run is being set by Beavershot a.k.a. Sex Focus, and Sex Star.
Directions are: From the Ko Yo intersection take the old Hatyai road for 4.6k and turn left for 8k, then right at Wat Keow Kloy for 7.5k into Th. Punnakan, then turn left towards Ban Nai Rai. Go 3.5k and turn left, then go 350 meters along the new asphalt road to the run site on the left.
Posted by Egg at 12:41 PM