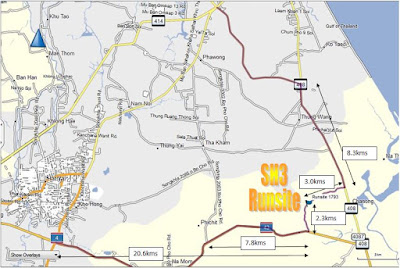 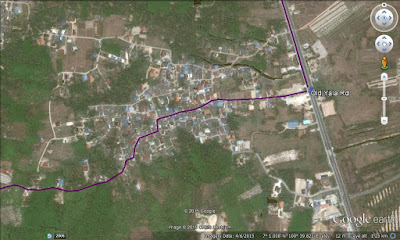 On Saturday there will be 5 runs, that’s right, count them, five runs! There will be a short run - 3kms, a medium run - 5kms, a long run - 7kms, a very long run - 9 kms and an ultra long run - 12kms long. So there should be no shortage of options on how far you feel like running, or walking, or are capable of walking (Saffers?), and no excuse for not leaving the runsite and even a possibility of a free beer on the way.
Details are:
Songkhla Hash House Harriers’run #1820, Saturday, April 30th 2016, 4:30 p.m.
Hare: Yardstick
Misdirections:  From Songkhla, proceed to the traffic lights at Ang Thong, at the NYR / OYR intersection. From the traffic lights proceed south on the Old Yala Road (OYR) for 8.3kms then turn right just before the road to the new mosque on the west side of the OYR (just past the large microwave tower on the east side of OYR). Proceed 3.5kms along the concrete road through the village following hash signs or paper, then turn right onto the dirt road for 500m to the runsite in the rubber.
If coming from Hatyai, proceed along the New Chana Road for 20.6kms from the overpass on the Sadao road, or 7.8kms from the Phichit Road junction. Turn left at the SH3 sign for 1.8kms along the concrete road, then turn left onto the dirt road for 500m to the runsite in the rubber.
Let’s hope we can see a few more of our fellow hashers from the Hatyai Hash contingent then we have seen in the last couple of weeks. Come on Sex Sprinter, Tsunami, Robocop, Sex Blackman and others who haven’t graced us with their presence for some time, we’d love to see you there.

Who needs a Hatyai H3 run after all that? No doubt there will be one but details escape us at present and will be posted/sent out separately later. Oh and just in case you think you'd better get an early night on Friday in preparation for Saturday's exertions, no chance! There's a quiz night at the Office Bar (29th April at 8:00 p.m.) when Patrick will be the quiz master; do come along and help the SH3 team(s) to crash and burn as the revitalized teachers' team with new added Eightball will be back in the groove and anxious to reverse the recent run of Hash team victories. 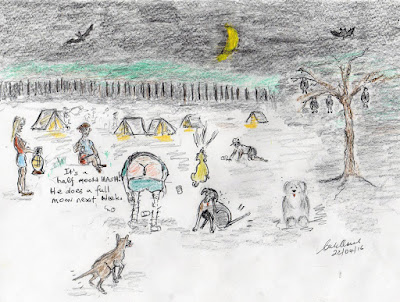 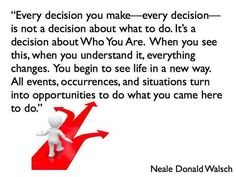 Wow! And here was I thinking it was just about which run site to use on Saturday! Anyway, 2 days of soul searching and vacillation have resulted in a decision! Saturday's SH3 run will be:


Songkhla Hash House Harriers run #1819, Saturday April 23, 2016, 4:30 p.m.
Hares: Egghead Harram and Ma Mick
Misdirections: From the Kao Seng intersection take the old Yala road for 9.5k and turn left for 1.1k to a crossroads at which turn left; the run site will be in the road immediately behind the rubber collecting station on the left. Parking is a bit limited at the run site itself so just park wherever you can and walk to the run site.
HH3 on Sunday will be running from Route 43 somewhere near the Chotiwat factory which is about 1.5k up from the Klong Wa intersection beyond Macro. More details will be available at the run on Saturday.
Posted by Egg at 9:16 AM No comments:

It must have been a blistering pace up front because despite the ten 360s the FRBs came in well under an hour. Distance was around 7.5km with total ascent of just over 100m.
Posted by Beavo at 9:13 AM 2 comments:

The AC's take on Songkran 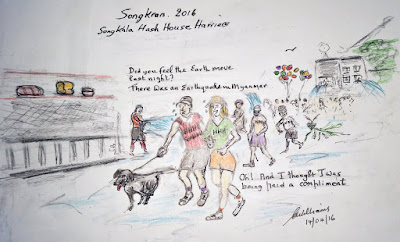 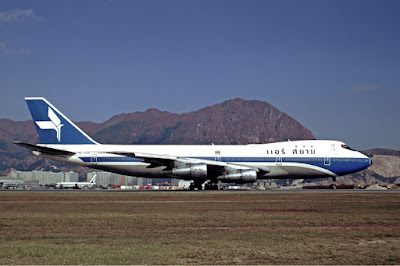 A message from the hare:
"Blame Air Siam and probably this exact 747: It was exactly 40 years ago, on April 16, 1976, that the young man who would one day be known as Beavershot first darkened Asia's doorstep. Come celebrate this dubious anniversary with yet another meaningless run, a whole lot of beers your liver really doesn't need, and the usual load of blarney and tomfoolery, not all of it necessarily by Beavershot himself.

Ah well, out of the window goes another piece Beaver's elegantly constructed facade of NOT being a CIA plant!

On to more predictable matters: no, HH3's run details are known this week and the run will take place from somewhere behind Nam Noi School and be set by Toy Boy: from the Ko Yo intersection take the old Hatyai road for about 10k and do a U turn at the Nam Noi traffic lights then come back about 300m and turn left immediately before Nam Noi School, (i.e. the track just before the school wall begins). Follow the track for about a kilometer to the run site.

Finally, a big thank you to everybody who made the Songkran run on Wednesday such a resounding success: Kii Ling who coordinated the whole show, organised the food and provided the monkey for the T shirt, Only a Yolk and Sex Sprinter who got the T shirts made on time, Kan Kai and Hot Buns who let us use the Hot Bread Shop and produced the food (which was excellent!), and last but definitely not least, Yardstick who with advice and assistance from R2D2 organised the beer and its distribution, and with Conebrain set the run. And of course, no account of Wednesday would be complete without mention of our friends from The Royal Selangor Club H3 who turned out in huge numbers and made the whole thing such a lot of fun. Thanks to Johan/Expat for organizing the group and please come back and do it again next year!
Posted by Egg at 10:32 PM 2 comments:

With Songkran falling on a Wednesday, this month's full moon run which should strictly speaking happen next week, has been brought forward to complement the 16th annual SH3 Songkran town run for which we have a whole bunch of guests joining us who will also be at the full moon run. Details of the two runs are:

Hatyai Full Moon Hash House Harriers run #128, Tuesday April 12, 2016, 7:00 p.m.
Hares: Lady of the Lamp and Ape Shit
Misdirections: From the Kao Seng Intersection, take the old Yala road for 11k and turn right about 1k South of the Ang Tong intersection with the new Yala road. Go 1k to the run site on the right on the edge of the football field beyond Wat Kao Lam. If coming from Hatyai go to Tha Kam and take the road East past the Sai Kao Resort for about 5k and turn left as if heading for Kao Long. After about 500m, bear right at the Y junction and follow the bendy road through the village for about 3k going straight ahead at two crossroads. The run site will be on the left before Wat Kao Lam.

Usual stuff applies: bring a hand/head light if you are intending to run and some food if you feel like it. Beer will be on sale at 40 Baht a can, but if you prefer to bring your own, that's ok. Also, if you are intending to go to the SH3 town run the following day, we will be accepting registrations at the full moon run and handing out T-shirts to try to avoid too much admin.on the day of:

Usual stuff applies: bring a water gun and plenty of good will, but leave your inhibitions and worries about getting wet at home!
Posted by Egg at 9:02 PM No comments: 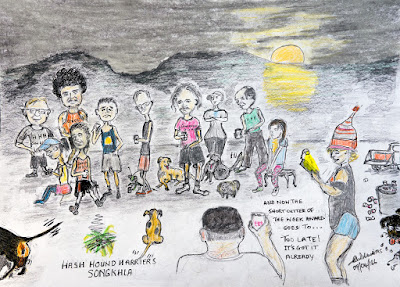 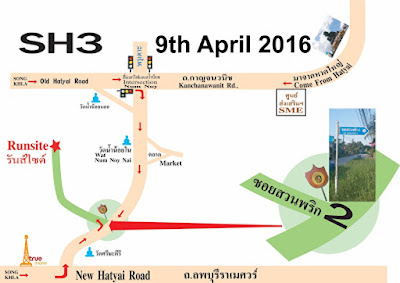 Songkhla Hash House Harriers' run #1816, Saturday 9th April 2016, 4:30 p.m.
Hares: Sex Sprinter and...
Misdirections: From the Ko Yo intersection take the new Hatyai road for 8.5k and turn left for a little over 1k then turn left into Soi Soun Prek and follow the track to the runsite near the waterfall. (Alternatively take the old Hatyai road for 10k and turn right at the Nam Noi traffic lights, then go about 4k and turn right into the soi.)
Details of the HH3 run on Sunday are expected to arrive as soon as these directions get posted/emailed so will be added to this post as soon as possible.
Footnote: Watch out for details of next week's Songkran Day run on Wednesday and the Full Moon H3 special on the Tuesday preceding which will be from the football field next to Wat Kao Lam (OYR, 11k on the right) and will be set by Stick Insect.
Posted by Egg at 1:38 PM 5 comments: 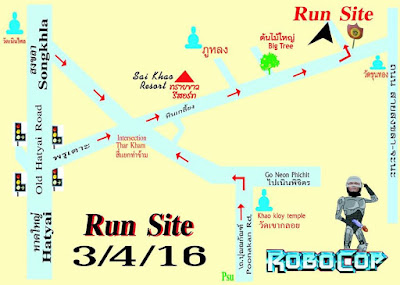 Since SH3 are going to be in Hatyai on Saturday, HH3 are returning the favor on Sunday (3rd April) and coming to Songkhla. The run site is that which Egghead used in January on his last assault on the virgin that formerly had three tits and one assumes that hare, Robocop is also intending to use the poor dear again!
Misdirections from Songkhla are: From the Kao Seng intersection, take the old Yala road for 16k and turn right before Wat Kun Thong. Go 1k and turn right then follow the track for about 250m into the old quarry. If you are coming from Hatyai, from Tha Kham, go East past the Sai Kao Resort and at the big tree go straight on for another 2.5k and turn left (about 1k before you hit the old Yala road at Kun Thong) for 250 meters etc.
Finally, just a reminder that these are instructions to Hatyai Hash's run on Sunday. The SH3 direction for Saturday appear below. Now I'm not saying anybody is going to be confused, but it's better to be safe than sorry!
Posted by Egg at 8:55 PM No comments: