HH3 on Sunday are running at Tung Nai. From Songkhla take the old Hatyai road for 10k past the Ko Yo intersection and turn left at the Nam Noi traffic lights. Go 3.5k and turn right. Go past the Or Bor Tor and past the fishing restaurant then turn left and follow the road to the run site. The hare is Nicheow.

What to give the pussy that has everything...

You got it ... a GPS! Which is what Crackwurst, Only a Yolk, Meals on Wheels and Temporary Relief, all of whom have birthday's this month, (two of which actually coincide with Saturday's run), will be given on Saturday morning and graciously told to get their little tuts out into the hills and set us a pussy run!  So expect no mercy, but do expect some fine running entertainment followed by some fine dining as the girls put on a BBQ apres-run party washed down with as much free beer as you can drink (in 10 seconds).
Details are:
Songkhla Hash House Harriers run #1581. Saturday September 24th 2011, 4:30 p.m.
Hares including but not limited to: Crackwurst, Only a Yolk, Meals on Wheels and Temporary Relief
Misdirections: From the Ko Yo intersection, take the new Yala road for 3.5k to the run site on the left.

For Sunday's HH3 run we have a bilingual map! 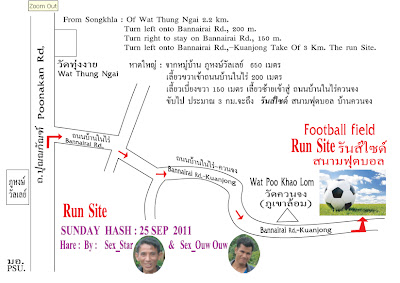 For Songkhla dwellers it looks like another trip down the old Hatyai road for 4.7k, turn left for 8k, then right at Wat Keow Kloy into Poonakan Rd. for 6.7k, then turn left for about 3k to the run site on the left just before Long Lien Tan Kwai/the railway level crossing.
Posted by Egg at 1:57 PM No comments:

You mean this GPS track? 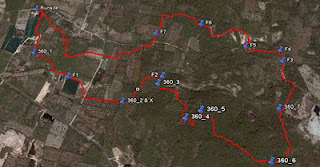 Saturday's run will live in the memory forever; somebody's memory; but not mine. I lost track of it somewhere around the naga's head as we hit the second beer stop (were there really only two? It seemed like more!) The next thing I recall was Sunday morning wondering how I was going to set a run for HH3. But magically it got done, and recorded by  GPS (if anyone was using a GPS on Saturday they haven't said so and probably wouldn't have admitted to it anyway!) But Dung Beetle proved once again in case we needed reminding, that we don't always have to do the same thing to have a great afternoon's entertainment, and come to think of it, it's always Dung Beetle who snaps us out of our jungle mindset and sends us off grumbling to do something completely different, which we then all thoroughly enjoy and wonder why we don't do it more often. Thanks Big Boy, and thanks to his team of un-'usual suspects' for organizing the run, T-shirt and party: Wet Spot, Rotten Johnny and Conebrain.

But Sunday it was business as usual with a 7k circumnavigation of Kao Lam, a max. elev. of 181m and a total ascent of about 350m. Good jungle-bashing stuff with a complete traverse of the hostile South face and the more popular North-side being completely eschewed in favor of a gentle flirt with the lower reaches of Kao Wong. The fit bastards took about an hour twenty; Off T brought up the rear in the thick end of two hours. In between the hare gallantly rescued Bid Bleow and Kii Loei in the gathering dusk somewhat to the chagrin of Gas Hole/Gaseous Clay who seems to have taken on the role of errant knight on Sundays, and Danny helped Julie to complete her first day-time Hash in Songkhla, as the sun slipped behind the hill... ahh I feel a song coming on:

But I don't feel afraid
As long as I gaze on
Borogam Sunset
I am in paradise.
Posted by Egg at 9:19 AM No comments:

Lick Your Titles... Off, Baby? 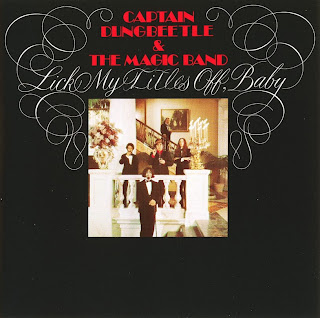 In an apparently bold tribute to Captain Beefheart who snuffed it last year, Dung Beetle has named his birthday run this weekend, the "I want to lick your titles" run. Instructions as received verbatim from the magic man read (and updated in red):


Dunge beetle. And other hash scum


" dunge beetles town run will go down in the anals of hash history" " a hash event that. Should not be missed" quote from the x editor of the scum.

Hares including but not limited to: Dung Beetle and Wet Spot
Misdirections: Congregate in the vicinity of the corner of Sai Ngam and Sisuda Roads outside the Corner Beer Bar.


On Sunday some sort of normality will be restored with Hatyai H3's run being conveniently located for SH3 hounds who still have some energy left after Saturday.

The hare is Kai Jeow, who following Dung Beetle's lead has named the run the Sprout Mash Reptile run. The directions are:

From the Ko Yo Intersection take the old Hatyai road for 4k and turn left for 5.2k then left (yes left!) for about 300 meters to the run site opposite the big sala.
Posted by Egg at 1:18 PM 1 comment:

The Full Moon Hash is alive and well after last night's highly successful outing and social gathering with the awful weather magically lifting to give us a clear moonlit night and the considerate trail not requiring anyone to get their feet wet despite mostly steering clear of the well worn tracks. Stick Insect was first home in an hour just ahead of Sex Printer who tried to cut the in trail and did get his feet wet. He seems to be making a habit of short cutting these days after being lead astray by Off T's GPS on Sunday.
Also lead astray were the short run, who unwisely followed Only a Yolk's example and only did half the run, and Stick Insect's wallet which seems to have made a bid for freedom from the life of depravity and exploitation it is required to lead, but sadly it's inability to hide itself in time lead to its recapture the following morning and its restoration to its tearful owner, who has promised that he will mend his ways and treat the wallet with more respect in future.
Upcoming next is Dung Beetle's birthday town run which will take place as planned this Saturday, despite his present hospitalization. More details in a day or two when our intermediaries have established the big boy's precise intentions.
Posted by Egg at 9:42 PM 3 comments:

Labels: rehashes of a sort

Remember, Remember the Twelfth of September... 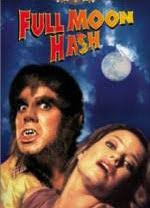 ....mayhem, anarchy and grot.
This month's hastily arranged Full Moon Run will take place tomorrow, Monday 12th September, and YOU have been targeted as exactly the person to attend to make the whole event sparkle in the way that the last two sparsely attended runs have failed to do.
Run details are:
Hatyai Full Moon H3 run #81, Monday September 12th, 2011; 7:00 p.m.
Hare: Kai Jeow
Misdirections: From the KoYo intersection take the old Hatyai road for 4k and turn left for 5.2k. Turn right through the temple arch and follow signs for 500 m to the run site Chez Ouefs.
Usual stuff applies: bring some beer if you feel like sharing it or buy Full Moon special brew at 100 Baht for 3 cans. Don't forget your handlight in case the full moon doesn't feel like sparkling, and contributions of food always welcome, although the Barbie is being greased down as we write to deliver all manner of good things, and there will probably be the odd vat of curry to consume as well if Only a Yolk has anything to do with it, as she undoubtedly will!
So, last message: PLEASE COME! You know it makes sense.
Posted by Egg at 9:02 PM No comments: 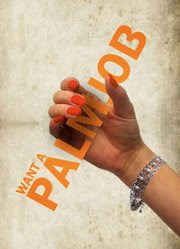 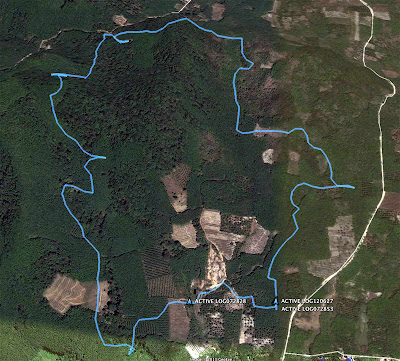 This handsome track (click to embiggenate) belongs to today's Hatyai H3 run, about which opinions were decidedly mixed. The FRBs like Sex Sprinter, Sex Ao Ao, and Sex Star all seemed to find it . . . sexy. But then they would. Those further behind, like Softcock, Gan Yao, and Off T were less enthusiastic. Egghead, I mean Khai Jiao, loved it, while The Lady of the Lamp hated it, but then that's exactly what they both often do, so they cancel each other out. For the hare, yet another a lesson in how a run that does interesting things geographically might not always bring joy to the running rabble. But maybe, like Hillwalk III, it'll seem better in retrospect.

Stats: 7.7km long, 510m total ascent, with the highest points just 199m (at the top of that first bit of shiggy) and 200m (just before the steep muddy descent, which was only 80m vertically, though it did feel like more). First runners back in 1:20, last ones in the final moments before total darkness, 2 hours+.